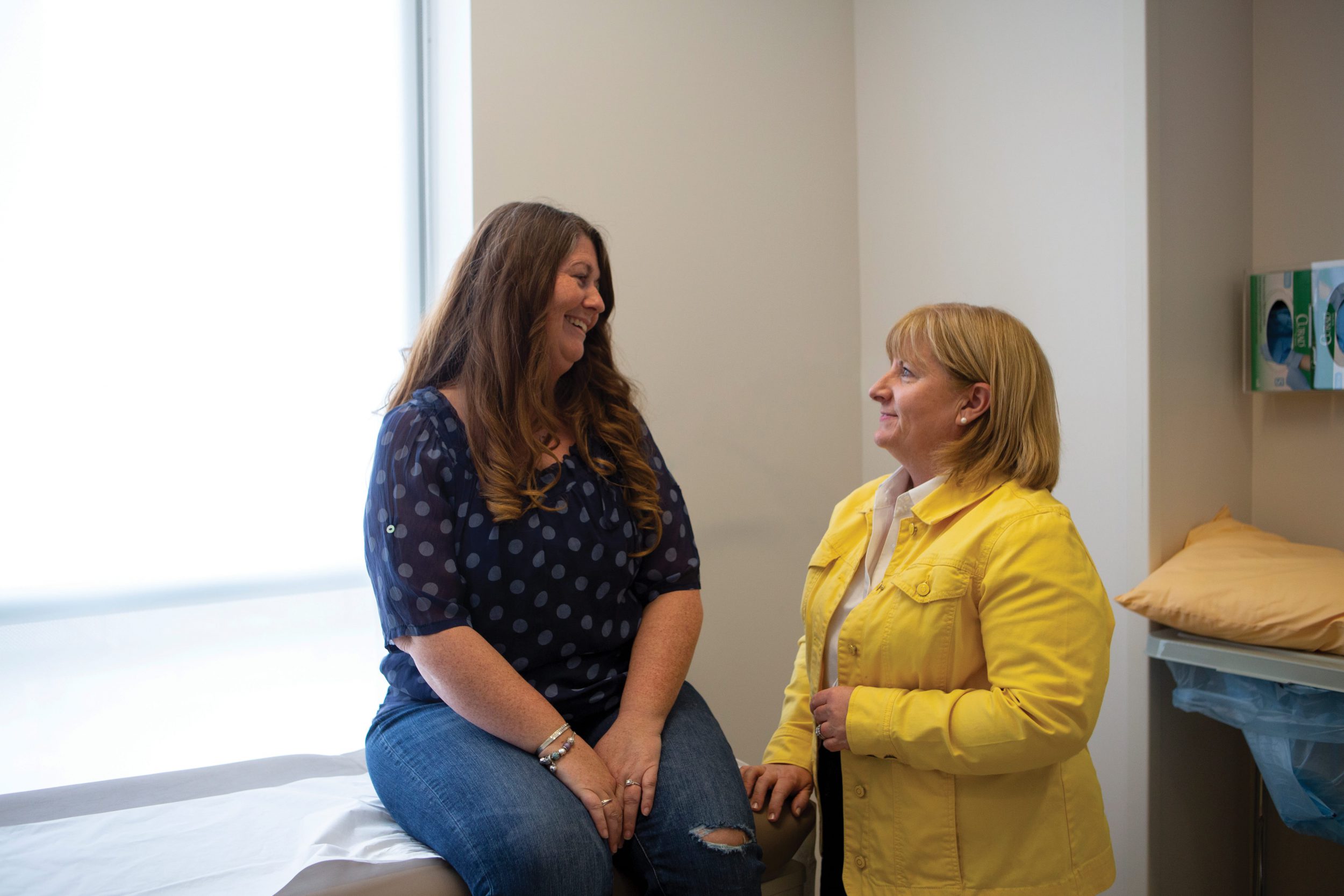 A Pain in the Head

Centre for Headache offers relief for the “silent epidemic” of migraine

Laurie Powers remembers her family doctor registering surprise at a routine checkup when she was 15 and he asked her how often she experienced headaches. “I told him it was a few times a week. I thought everybody’s head hurt. It didn’t occur to me until then that I was different.”

That was more than 30 years ago. Since then, Powers has experienced a lifetime of pain. Migraines disrupted her life four or five times a week. Her days would begin with a dull headache that would escalate into raging proportions by the time she got home from work.

Anything could bring them on—stress, a sudden change in weather, the fluorescent lighting in the classroom where she works as a grade school teacher in London, Ontario. She would spend days in bed, lying in the dark in complete silence, unable to even listen to the radio. She often felt isolated from friends and colleagues, and felt guilty that her daughter had to help so much around the house. Not surprisingly, she became depressed.

Over the years, a slew of doctors tried different remedies. Some medications worked for a while, then stopped. In 2008, after a stint in hospital when her headaches became debilitating, a neurologist told her nothing could be done and she’d have to learn to live with her condition.

“That made me feel desperate,” says Powers. “I wondered if I’d see another day without a headache.”

Then she found relief.

Powers learned of the Centre for Headache at Women’s College Hospital (WCH) through her parents. Her first appointment with the Medical Director, Dr. Christine Lay, an internationally recognized neurologist and one of only a handful of headache experts in the country, lasted over an hour and left her with feelings of hope for the first time in years.

“Dr. Lay said she was going to do whatever she could to get me back on my feet,” says Powers. “She understood the kind of pain I was in.”

The Centre for Headache is the only academic medical centre in the province dedicated solely to research, education, expert evaluation and individualized treatment plans for patients suffering from migraine and other headache disorders. Dr. Lay offers her patients wide-ranging treatment options, from vitamin regimens to migraine drugs to cognitive behavioural therapy groups to the newer migraine injectable therapies and Botox—which enters the nerve endings and blocks the release of chemicals that carry pain signals to the brain. She points out that migraine affects women three times more than men, and chronic headaches are more common among those who have experienced early trauma as their brains are wired to be hyper-reactive, particularly when placed under stress.

“Part of what we do at the Centre for Headache is take an exceptionally detailed history for each patient, going back to childhood. It’s a very individualized process because each patient is different,” says Dr. Lay. “A family doctor might be able to spend 10 minutes with a patient, a neurologist might have 20 minutes. We spend close to an hour and a half with new patients.”

Powers experienced significant relief after using Botox, going from near daily disabling headaches to migraines about twice a week.

In the fall of 2018, she began a new injectable drug recently approved by Health Canada and a first-of-its-kind treatment for migraine prevention. The results were dramatic. “It’s been incredible,” says Powers. “I went from two migraines a week to two a month. They might last an evening, and that’s it.”

“The burden is huge,” says Dr. Lay, noting that a person with untreated migraine can lose up to 44 days a year in home or workplace productivity. “It’s a silent epidemic,” she says. “While 12 per cent of the population have migraines, about 50 per cent of sufferers are undiagnosed.”

Dr. Lay, who completed her neurology residency at the Mayo Clinic, where she was chief resident, and a headache fellowship at Albert Einstein College of Medicine in New York City, was recruited to start the new WCH Centre for Headache in 2008. Since then, the Centre has expanded to include three other neurologists, a registered nurse, a nurse practitioner, as well as a number of residents and headache fellows who train at the Centre. The team sees close to 5,000 patient visits every year.

In an effort to help patients before they even attend their first appointment, the Centre introduced an educational seminar, created by nurse practitioner Valerie Lawler and Dr. Lay, which provides information on common triggers and lifestyle strategies that can mitigate headache pain. More than 1,000 patients have participated in the sessions, and a recent study shows this initiative has dramatically reduced emergency room visits and opioid use among participating patients. The education sessions have even eliminated the need for some patients to travel to the clinic. “Sometimes people can manage their migraines by making lifestyle changes such as improving sleep or reducing caffeine,” notes Dr. Lay.

As for Powers, after decades of pain, she finally feels she can face the future. She is looking forward to helping run the graduation program for 400 students at the school where she teaches. Plus, she is getting married this summer.

“Without the care and treatment I received at the Centre for Headache, I doubt I’d be working and I wouldn’t be functioning as a normal member of society,” she says. “I got my life back.”