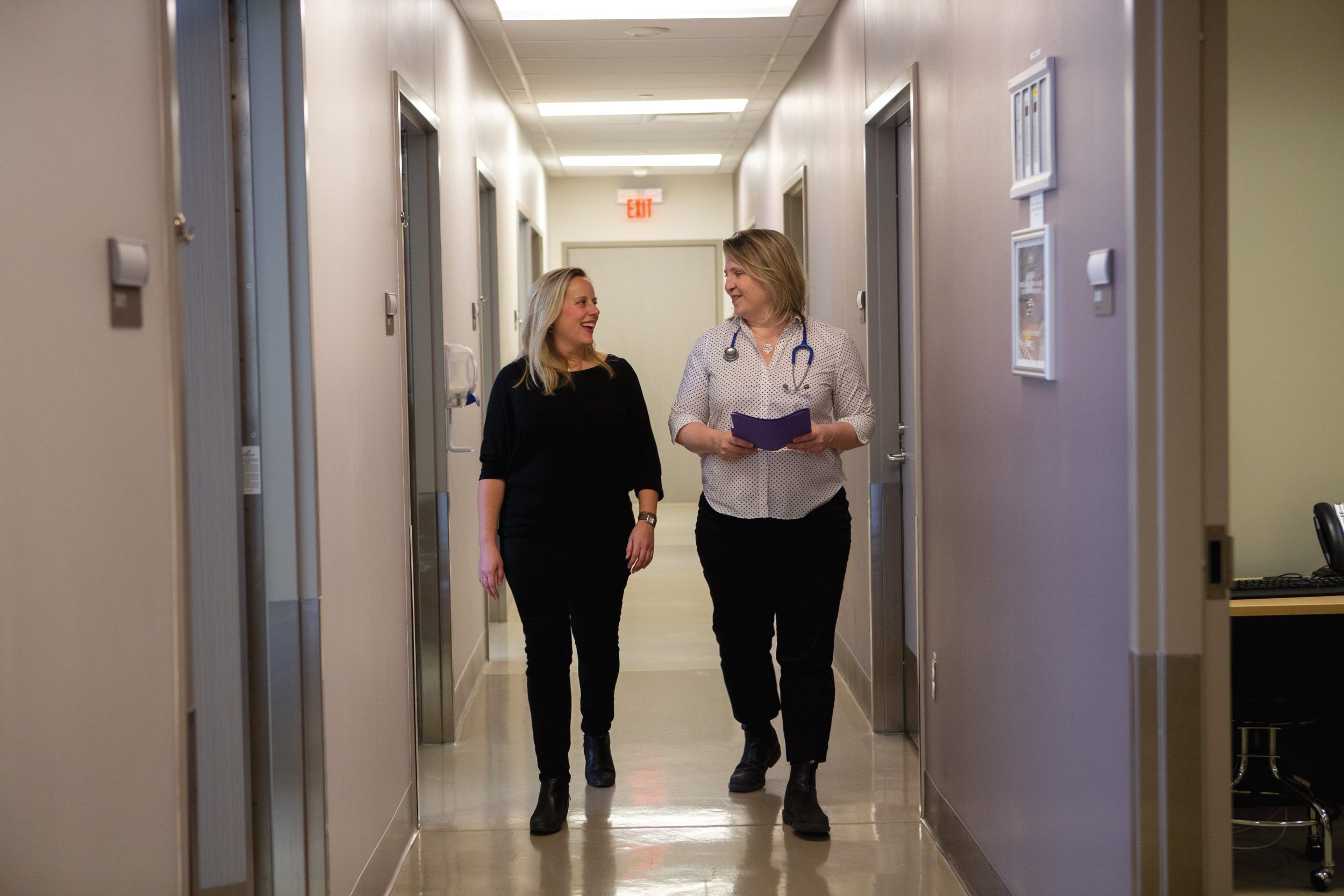 Expert sexual-health care in a safe and non-judgmental environment

When Bridget discovered she was pregnant, she was in a committed relationship but it was still the wrong time to have a baby. She worried about being judged for wanting an abortion. “I wondered if the doctor would give me the guilt treatment, if they would raise the idea of adoption. I didn’t want someone to try to get me to second-guess my decision.”

Bridget had reason to be wary. She once lived in New York City where she had to deal with protestors on the street when she went to a Planned Parenthood clinic for contraception. “You’d have to walk through a maze of people holding placards or holding pictures of a fetus. And that was just for birth control. It was awful.”

Bridget got pregnant after suffering bouts of illness— the vomiting likely affected the absorption of the oral contraceptives she was taking. When her doctor confirmed she was five weeks pregnant, she was immediately referred to Women’s College Hospital’s (WCH) Bay Centre, which specializes in contraceptive services and reproductive and sexual-health care. She was prescribed the new abortion pill, Mifegymiso, a medication she took at home to terminate her early pregnancy. “The staff at the Centre were amazing,” says Bridget. “They create such a caring, non-judgmental environment—all along the way, I felt totally supported in my decision.”

“I take great pride in how amazing our staff is in terms of understanding the sensitivity around these issues,” says Dr. Sarah Warden, a staff physician at the Bay Centre. “Every patient becomes the entire clinic’s case. We want them to have the most positive experience possible.”

Mifegymiso, which can be taken up to nine weeks into pregnancy, has had a revolutionary impact on women’s health since becoming available in Canada in 2017. Included on the World Health Organization’s list of “essential medicines,” it is a safe, non-surgical option that consists of two medications that can be self-administered in the privacy of the woman’s home. The first pill, Mifepristone, blocks the progesterone hormone that prepares the uterine lining for pregnancy. A second medication, Misoprostol, is taken one to two days later.

Since becoming available, Mifepristone has reduced the number of surgical abortions by half and has also made abortion more accessible for women in remote and rural areas. These barriers to care are most prevalent within marginalized groups—women from lower income and racialized communities are often required to travel greater distances to reach their nearest clinic, which can be expensive and time consuming.

“Our patients are supported with telephone counselling by our nurses and physicians 24 hours a day,” says Dr. Warden. Clients include women who have been victims of sexual assault, older women who thought their reproductive years were over and teenagers who might not have used birth control or used it incorrectly.

“Even if a woman is diligent with birth control, failures exist with every single method of contraception,” Dr. Warden notes. “Because that failure rate exists, we need this option for patients. Women need control over their reproductive health.” Mifegymiso is usually covered by OHIP but for women who can’t afford to pay, the Bay Centre does what it can to help.

Safe, sensitive and secure. That’s the kind of environment the Bay Centre’s team of physicians, nurses and social workers strives to offer the thousands of patients who visit the Centre for a range of sexual-health services, including a popular evening drop-in Pap program. Research indicates that women who are low-income or new to Canada are under-screened when it comes to reproductive health, leading to higher rates of cervical cancer.

“A lot of the time, we’ll see patients who don’t have health insurance, don’t have a family doctor or have experienced sexual trauma and need extra care and support, and don’t want to be rushed through the test,” says Dr. Warden.

To help bridge this gap, the Bay Centre’s Pap program provides screening, treatment and education to women without requiring an appointment. For those who need follow-up, the clinic provides a seamless continuum of care that supports patients with referrals and further testing.

The Bay Centre also serves a growing non-binary and trans community. A culture of respect and inclusion is at the heart of the clinic, with every member of the clinic’s team, from check-in staff to nurses and physicians, participating in trans-inclusivity training to ensure the clinic is a safe space.

“Often our patients are facing difficult and sometimes scary experiences. Our goal is to be a safe, welcoming and non-judgmental place for them,” says Dr. Warden.

Grateful patient gives back to help research help others

How women are changing the trajectory of healthcare