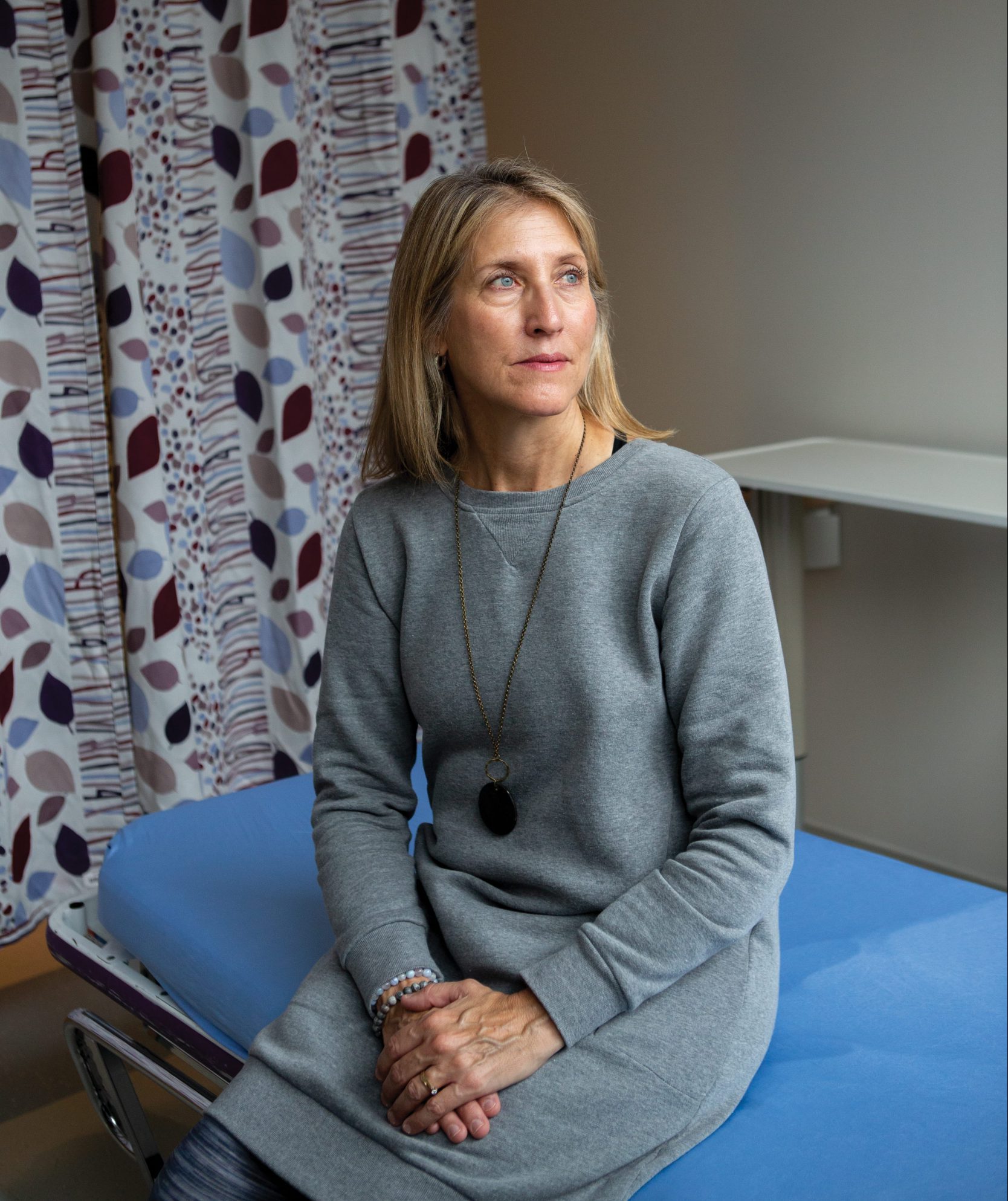 Minimally invasive, same-day surgery gets patients back to their lives faster

Cathy spent a year planning the trip of her dreams. The five-week itinerary would take her and her husband, both now retired, through Asia and parts of Europe. This would be their first time visiting many of the destinations—but as the big trip drew nearer, she began experiencing abnormal periods.

One evening over the Christmas holidays, Cathy found herself in the emergency room after menstruating for 25 days straight. “It was like a tap was turned on and my body couldn’t stop it,” she describes.

At around the same time, she was referred to Dr. Michelle Jacobson, gynecologist and surgeon at Women’s College Hospital (WCH), and a biopsy in January revealed that Cathy had complex hyperplasia.

“Complex endometrial hyperplasia occurs when the uterus lining becomes overgrown,” explains Dr. Jacobson. “While it isn’t cancerous, it often leads to or co-exists with cancer.”

Six weeks before her trip, Cathy was quickly booked for a hysterectomy.

“When I was told that it would only take a day, I was a little surprised,” she admits.

In late 2018, WCH began offering ambulatory hysterectomies as part of its minimally invasive, same-day surgical program, which allows patients to recover in the comforts of their own home.

“Doing a minimally invasive procedure is going to get people back on their feet faster—they can go back to work sooner, back to their everyday activities,” explains Dr. Jacobson. “It also leads to less pain, less bleeding and fewer complications. They are taking less IV pain medication and fewer narcotics in general.”

On the day of her procedure, Cathy’s husband drove her to the hospital at 7 a.m., where Dr. Jacobson, the anesthetist and head nurse met her.

“I was pretty scared going in, but when I had these three women around me—they were so comforting,” describes Cathy. “I remember Dr. Jacobson holding my hand while I went to sleep.”

For an ambulatory hysterectomy, the camera and instruments are inserted through the belly button, and the uterus is removed through the vagina. There is no visible incision, and patients are able to leave a few hours after the procedure.

“Doing a minimally invasive procedure is going to get people back on their feet faster.”

When Cathy woke up in recovery, her nurse greeted her and checked on her pain levels, making sure she was comfortable. And by 2:30 p.m., her husband was taking her home.

“I really didn’t have a lot of pain,” says Cathy. “I was pretty cautious and taking it easy, but by the end of the week I was doing laps around the house to get walking again. To be in your own home and your own bed definitely helps.”

Dr. Jacobson, who was always a quick phone call away, checked in a few days post-surgery. And when Cathy attended her follow-up five weeks later, her final pathology results came back clean and she was cleared to travel.

On April 12—a little over a month after her surgery—Cathy and her husband boarded their flight to Hong Kong.

“Over the course of the trip, we actually walked 360 kilometres,” Cathy laughs. “I feel really lucky—and I am so grateful to Dr. Jacobson for making it happen.”