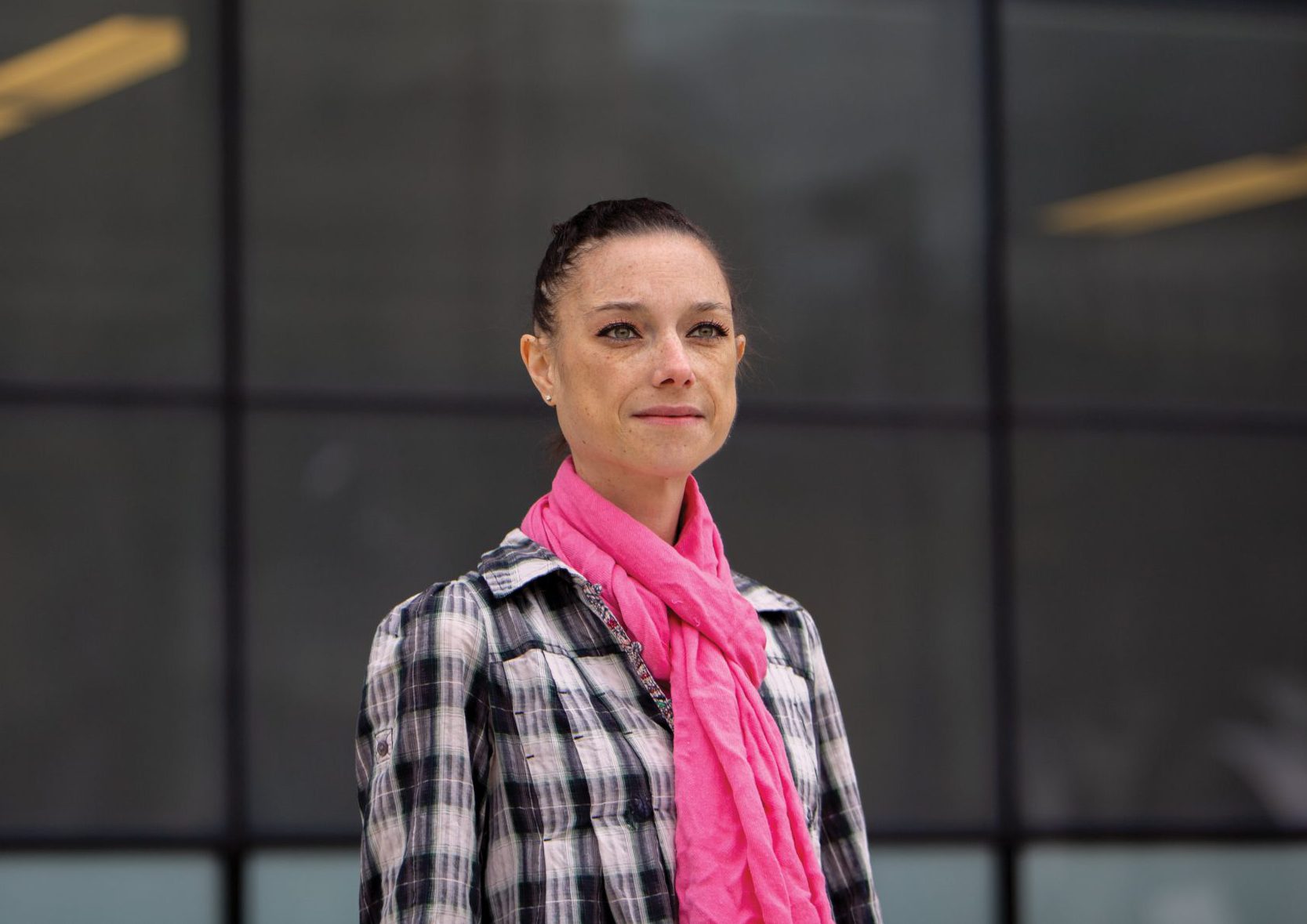 Ontario is in the midst of an epidemic. According to Statistics Canada, between January and September 2018, there were 1,031 opioid-related deaths in the province—the majority of which were caused by accidental overdoses.

It’s a shocking number, made even more so by the fact that the deaths were preventable. But even for those who manage to seek out the treatment they need, there are countless barriers to overcoming addiction. Typically, patients in crisis—such as those experiencing withdrawal symptoms—end up in emergency rooms, where they fall to the bottom of the priority list of an already crowded hospital.

“When they present at the emergency department, they may not get the care they need,” says Miriam Young, a nurse in the Acute Ambulatory Care Unit (AACU) at Women’s College Hospital (WCH). “There’s a lot of stigma that it’s actually their fault, and it may not be considered an emergency.”

And when patients are in crisis and go to an emergency room, they often only receive care to treat their acute symptoms—once they are stable and discharged, the likelihood that they will use substances again is high.

“The problem is that patients in distress are often treated, then sent home with nothing except maybe medication to relieve withdrawal. If that’s all they get, they’ll relapse,” says Dr. Meldon Kahan, medical director of Substance Use Service at WCH.

Yet, this health gap isn’t limited to emergency rooms—addiction-specific treatment programs often have long wait lists, and may not be equipped to manage detox or prescribe medications. Ultimately, addiction continues to be treated exclusively as a psychosocial issue rather than as a complex chronic condition requiring holistic treatment.

That’s why in 2017, WCH launched the Rapid Access Addiction Medicine (RAAM) clinic—the first of its kind in the Toronto core.The model proved to be such a success that the WCH team has supported its expansion to over 50 hospitals and health centres throughout Ontario. The reason for this rapid expansion? Healthcare providers are noticing that RAAM sites are alleviating demand on the healthcare system by reducing emergency room visits and hospital stays by engaging patients before there is an emergency.

Every Monday, Tuesday and Thursday morning, patients with alcohol, opioid or other drug addictions can access the clinic’s services, including counselling, medication (such as anti-craving medications for alcohol and buprenorphine/naloxone for opiate use disorder) and referrals to community treatment programs.

For those who need immediate care or detox services, a bed in a private room is promptly made available at the hospital’s AACU (Acute Ambulatory Care Unit). Those going through withdrawal are given access to medication, and are monitored by a team of nurses and physicians familiar with detox healthcare protocols—all without having to obtain a referral or deal with the long wait times often associated with inpatient detox programs.

One such patient is Abra Secord, a chef at a small bar and restaurant in Toronto. A functional alcoholic, Secord’s days would typically begin with a splash of alcohol in her orange juice or coffee, followed by a continuous alcohol use throughout her workday. Staying sober was made even more difficult by her high-stress work environment where alcohol was always within her reach.

“Regardless of what happens outside, this is where they can lay their burden down.”

“I knew there was a problem, but I was in full-on denial. I didn’t think I was an alcoholic,” she says. Her family felt otherwise, noticing her shortness of breath and mood swings. Early one morning, Secord’s sister accompanied her to Women’s College Hospital. They were the first to arrive during the clinic’s drop-in hours, which Secord credits with allowing her to seek treatment.

“[Being able to walk in] took the pressure off. I was still nervous going, but I didn’t feel as nervous as I would have if I had to be there and had waited for an appointment,” says Secord.

All of the hospital’s RAAM services are offered on a walk-in basis. No appointments are needed, and although referrals are accepted for the program, they’re not necessary.

“Offering immediate treatment and making it easy for patients really does make a difference,” says Dr. Kahan. Rather than making people wait for appointments, the key to recovery is engaging people with treatment options as soon as they are ready and interested.”

Allan Smart, an addictions counsellor at WCH’s RAAM clinic, says that this approach to treatment is one of the cultural tenets of working at WCH—and ultimately what makes the clinic successful. Smart is one of the first people that patients meet when they visit the clinic, assessing their treatment goals and building a foundation of trust from the outset.

Now celebrating 10 months sober, Secord can’t imagine her life any other way. Every two weeks, she looks forward to returning to WCH to meet with Smart. “Hands-down, I’ve never felt more supported. They actually care and I don’t feel judged,” she says. “Yes, [alcoholism] is a problem, but it can be dealt with in a friendly and positive way.”

Smart, who has been working in the addictions field for over a decade, appreciates that the WCH RAAM model meets patients where they are at. To him, relapses don’t represent failure but rather a part of the recovery process.

“To know that we’ve formed a relationship of respect and safety with our patients, and to be there to support their journey is amazing,” says Smart. “Regardless of what happens outside, this is where they can lay their burden down.”

How women are changing the trajectory of healthcare

A Pain in the Head

Centre for Headache offers relief for the “silent epidemic” of migraine